by ANI
in Economy
0

NEW DELHI: A day after Prime Minister Narendra Modi announced a Rs 20 lakh crore stimulus, the government on Wednesday unveiled an over Rs 5.5 lakh crore package as the first instalment of the “atmanirbhar (self-reliant) campaign” with a focus on MSMEs (micro, small and medium enterprises) — seen as key employers of unskilled, semi- and skilled labourers who have borne the brunt of the lockdown clamped to fight Covid-19. There were measures for NBFCs and real estate as well.
In the first set of announcements that are to be spread out over the next few days, finance minister Nirmala Sitharaman spelt out plans to provide liquidity to small and medium enterprises and also initiate reforms that would redefine the sector and encourage firms to shed their fears of “growing bigger”, a change in status that has previously entailed loss of benefits available to the sector.

Coronavirus outbreak: Complete coverage
The package focused largely on providing cash for the MSME sector, NBFCs, housing finance firms, micro finance companies as well as reducing tax deducted at source and tax collected at source rates to ensure more money in the hands of taxpayers. This will not apply to salaried people but help contract payments and those drawing professional fees.
The centrepiece was Rs 3 lakh crore worth of collateral-free automatic loans for businesses and the MSME sector, which would help nearly 45 lakh units in the segment and potentially a few crore workers. TOI had accurately predicted the MSME measures in its Wednesday edition. 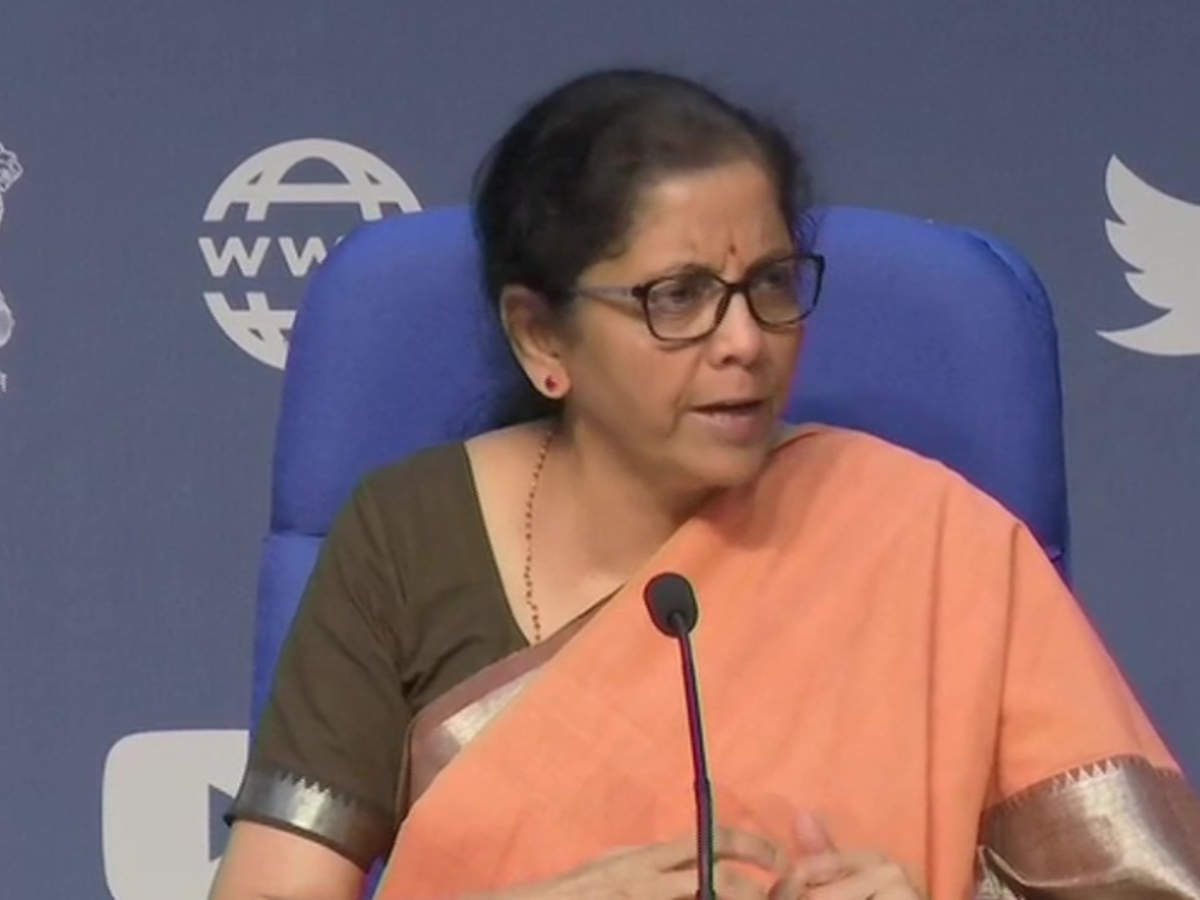 Nirmala Sitharaman leans on banks, institutions to fund package
Boost for liquidity, will empower entrepreneurs: PM Modi
The MSME sector has been hit hard by the pandemic and there have been sustained calls for a healing touch that will help the firms run and, importantly, help keep back migrant labourers leaving cities due to lack of earnings.
The definition of MSME was changed with an increase in the investment limit as well as introduction of an additional criterion of turnover. The FM said the government would amend the laws soon to implement the changes. Global tenders up to Rs 200 crore will also be disallowed to help MSMEs get a share of the business and not lose out to bigger players. “Today’s announcements by the FM will go a long way in addressing issues faced by businesses, especially MSMEs. The steps announced will boost liquidity, empower entrepreneurs and strengthen their competitive spirit,” Modi said on Twitter.
More on Covid-19

The FM also announced a reduction in the provident fund contribution of employers and employees for the next three months and extended by three months the scheme introduced as part of PM Garib Kalyan Yojana under which the government contributes 12% of salary each on behalf of both the employer and the employee to the EPF for those earning less than Rs 15,000 per month in units with less than 100 workers.TOP COMMENTIf a person has no job and you give him a loan how does he pay it back?Bllog SuriSEE ALL COMMENTSADD COMMENT
The extension will be for salary months of June, July and August. Total benefits accrued is about Rs 2,500 crore to 72.22 lakh employees.
“Essentially, the goal is to build a self-reliant India, that is why the economic package is called ‘Atmanirbhar Bharat Abhiyan’,” the minister said. Pointing to Modi’s emphasis, Sitharaman said the focus would be on land, labour, liquidity and laws. “Beginning today, for the next few days, I shall be coming here with the entire team of the ministry of finance to detail the PM’s vision for atmanirbhar Bharat,” Sitharaman told a news conference

CORONAVIRUS RESEARCH: KEYS TO DIAGNOSIS, TREATMENT, AND PREVENTION OF SARS